Time for another study in our Masters of Photography portrait series. Following successful entries in both the Elsa Dorfman (April) and Art Streiber (June) portrait challenges, there was a lot of self-imposed pressure to continue to think outside the box. The Peggy Sirota Portrait Challenge for July was most definitely just that.

Who is Peggy Sirota?

Peggy Sirota was born in Massachusetts and is a self-taught photographer and director. She began her career in 1984 and is one of America’s best known and highly sought after fashion and commercial photographers. Her work has appeared in publications such as Vanity Fair, GQ, Esquire and Rolling Stone. Her unique style produces images that capture her subject’s personality and her work has won numerous national and international awards.

Searching through the archives of Peggy Sirota’s work, I came across her debut book entitled “Guess Who”. This is a tongue-in-cheek collection of ‘disguised’ celebrity images that humorously both challenges and entertains. This book was a work in progress for 13 years and contains 172 portraits in all. Furthermore, the proceeds of this book benefit AIDS Project Los Angeles.

“I’m not saying that my work is that different from everybody else’s. But breaking the rules speaks to the core of who I am.”

I didn’t have a willing volunteer for this portrait challenge. As a result, the anonymity of the subject on the pages of Guess Who immediately sparked my interest. The Sting photo in particular appealed to my childish sense of humour.

Time For The Technical

This image could not be recreated in our Singapore photo studio. The lack of equipment and space at home also had an impact on the technical decisions for this shoot. The lighting setup was initially quite simple as I used the natural daylight coming in from the bedroom window to light the scene. I then added a flagged speedlight bounced off the white ceiling to fill in the shadows on the floor as well as the side of the bed opposite the window.

To follow the style of the original image the ISO was increased to introduce a little noise. The shutter speed was also quite kept slow as I wanted to avoid a tack-sharp frozen image.

It took a while to get setup using the Joopic Cambuddy Pro connected to my iPhone as I fidgeted under the bedsheet to get the right position. The fits of giggles didn’t help either. I eventually found a position and angle that I was happy with and captured a few images.

Using the original image as a guide, I colour corrected the selected shot using a gradient map in Photoshop using similar highlights, mid-tones and shadows. I also added an anagram of my name and a border, similar to the original. Since this was my ‘twist’ on the Sting “Guess Who” I decided to submit a flipped version which also included the mirrored writing.

As mentioned at the start of the post, as far as selfies go, this one is most definitely outside of the box. Not my usual portrait photography but I had a lot of fun with this one all the same. I hope you like the end result as much as we do.

As always, I want to say a big thank you to my wife for being my rock… and for allowing me to be a child every now and then.

I am currently lost for words as I wrap up this post and announce that this submission was judged as the winning image for the Headshot Crew Peggy Sirota Portrait Probe for July. A huge thank you to Peter Hurley as well as all the Mentors, Associates and Members of the Headshot Crew for their support throughout this exciting journey. Thank you also for voting this as the winning image. 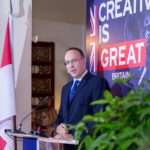 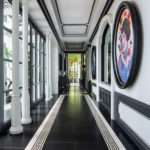 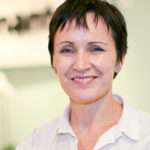